India’s top IT industry body that commands 55% of the total global outsourcing market has called on its Sri Lankan counterpart to visit and discuss the proposed Economic and Technology Cooperation Agreement (ETCA) in an effort to build trust and find a mutually-beneficial way forward. 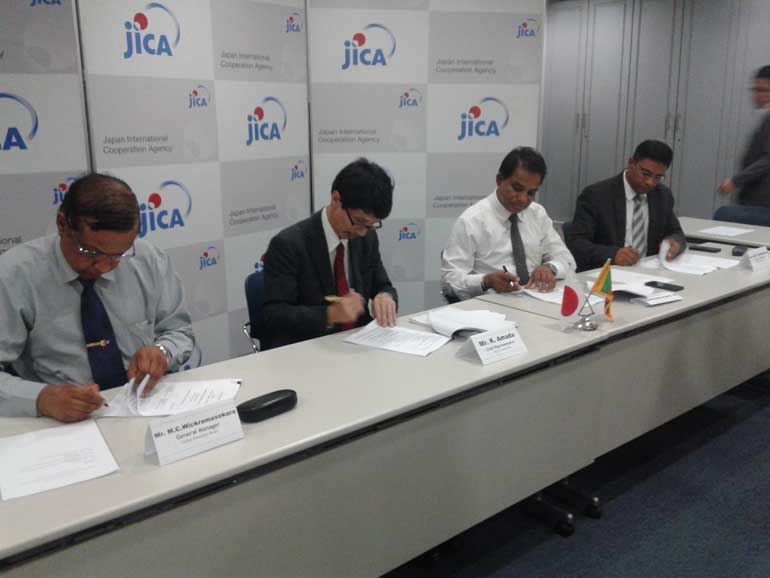 A signing ceremony was held 1st April on the Record of Discussion for Technical Cooperation Project titled “The Project on Electricity Sector Master Plan Study” at the JICA Sri Lanka Office. The Record of Discussion was signed by the Secretary of Ministry of Power and Renewable Energy Dr. B.M.S Batagoda, Director General of Department of External Resources R.M.P. Rathnayake, the Ministry of National Policies and Economic Affairs, the General Manager of Ceylon Electricity Board M C Wickramasekara, and the Chief Representative of the JICA Sri Lanka Office Kiyoshi Amada.

President Maithripala Sirisena says his government will give high priority to improve country’s vocational training sector to provide more opportunities for the country’s youth who are unable to receive higher education.

Speaking at the progress review meeting on National School of Business Management, which is under the Ministry of Skills Development and Vocational Training, at the President’s Office Wednesday, the President said the physical and human resources of the countrywide vocational training centers will be enhanced as the training at these institutions is weakened due to lack of resources.

Battered stockbrokers are urging the Government to consider reintroducing the Share Transaction Levy (STL) as a less damaging alternative to the Capital Gains Tax (CGT), which they warn will further hurt the Colombo Bourse.

“At this juncture where markets’ daily trading volumes are at record-low levels, bringing in a Capital Gains Tax would be counterproductive,” Colombo Stock Brokers Association President Ravi Abyesuriya told the Daily FT.

AFP (New York): The world’s most expensive train station opened Thursday (3) in New York, nearly $ 2 billion over budget and years behind schedule, but the European architect who designed it called it a gift of love to the city.

The World Trade Center Transportation Hub, which is expected eventually to serve more than 200,000 commuters daily, is built next to the site of the Twin Towers, which were destroyed in the terror attacks of 11 September 2001.

Santiago Calatrava, the Spanish-Swiss architect who unveiled his ambitious design 12 years ago, removed a barrier at the entrance of the Oculus, a giant oval hall with walls of steel ribs and glass.

CSE to expand beyond local borders

As a dampened Colombo Stock Exchange (CSE) eagerly anticipates its big take-off, its Chairman yesterday pledged 2016 would be the year of implementation while outlining its prospects to become a regional player following regulatory approval.

“We will be launching a dollar denominated board very soon especially targeting the Maldives as we have signed an MOU with them.

ICTA CEO Muhunthan Canagey said there will be a total of three balloons on Sri Lanka’s airspace by the end of this month.

“In addition to the current balloon, two other balloons will reach country’s coast lines by the end of the month. One is currently off the East Coast of South Africa and is expected next week while the other one is expected in 12 days,” he told the Daily FT. He said a team of Google engineers will arrive in Sri Lanka during the end of this week to commence a series of tests to be performed.

The HRM Awards, initiated by the Association of Human Resource Professionals, will be held for the 6th consecutive time this year. This event aims to create a platform for public and private sector organizations in Sri Lanka to evaluate their HRM policies against internationally recognized guidelines.