Earnings of listed companies witnessed a sharp growth of 16% in the first quarter of 2016 to Rs. 61 billion as against a 5% improvement in the fourth quarter of last year. 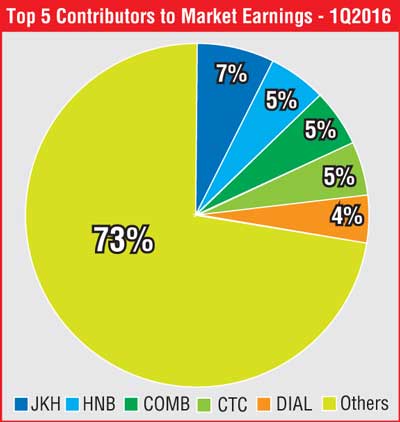 More in this category: « Japanese firms keen on Sri Lanka’s investment potential Capital gains tax to be reality in a month! »
back to top
› ‹
› ‹